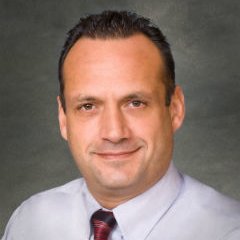 Dr. Michael Schifano
Regional CMO, Midwest
Dr. Schifano is an Ob-Gyn at Heartland Women’s Healthcare of Advantia. He has over 25 years of experience and is board certified by the American College of Obstetrics & Gynecology. He was born and raised in Chicago and after completing medical school, he became a commissioned officer in the United States Army. He has served as Chief of Obstetrics at Eisenhower Army Medical Center in Augusta, Georgia, where he was also a Clinical Instructor at the Medical College of Georgia. Major Schifano left the Army in July 2001 to start Heartland Women’s Healthcare in Marion, IL.

Dr. Schifano’s interests include business development and entrepreneurship. In his spare time, he enjoys traveling and family time.